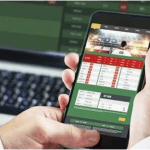 This summer, the attention of the soccer world will be focused on Russia, hosts of the 21st World Cup tournament. This will be the first time that an Eastern European nation has staged the competition, and with most of the major soccer powers taking part, it promises to be a spectacular month of top-class soccer action. Germany are the per-tournament favorites and are likely to mount a strong defense of their 2014 title, but fans looking for better odds on Stakers will also have to weigh up the chances of a number of … END_OF_DOCUMENT_TOKEN_TO_BE_REPLACED