You are here: Home / Archives for Android 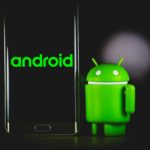 Android is one of the most popular operating systems in the world, with over 2.5 billion active users. There is no denying the fact that it is currently dominating the mobile industry. Millions of applications are available for android users. Unfortunately, regardless of the efficiency of the android system, some applications might crash while you are using them.  If you are an android user, we bet you must be using several different applications for work or entertainment. And we know that when applications … END_OF_DOCUMENT_TOKEN_TO_BE_REPLACED

Mobile gaming often delves into the world of simple, new games, so when we hear about a classic '80s shooter such as R-Type coming along, we definitely take note. And today, that's just what happened: development studio DotEmu released the emblematic R-Type for Android devices. In R-Type for Android, mobile gamers will pilot the R-9a Arrowhead, the last hope of human race in its war against alien invader. The mission is clear but not so easy: blast off and strike the evil Bydo Empire. Initially developed and … END_OF_DOCUMENT_TOKEN_TO_BE_REPLACED