You are here: Home / Archives for Assassin’s Creed 3 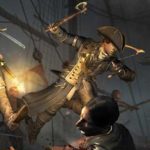 The Assassin’s Creed franchise has mystified me (and millions of other gamers) since I first saw it behind closed white doors at E3 2007. Since that time, when its time-bending plot first caused a massive stir, we’ve become accustomed to the series transporting players into new periods and new environments. In this case, that new era and world is early America. But more important, Assassin’s Creed 3 takes the series in another type of uncharted territory: onto an all-new console. The game has Xbox 360 and PS3 … END_OF_DOCUMENT_TOKEN_TO_BE_REPLACED

Sweet Bonanza by Pragmatic Play – Is It Worth to Play?

Summer Will be Esports-Tuned! What Events Will Please the Fans?