You are here: Home / Archives for best io games paper.io 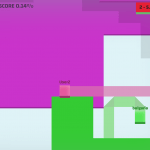 Paper.io is one of those games that gets everything right. It’s free, easy to learn, and beyond addictive. Also known as Paperio (or simply Paper), this multiplayer game features ruthless territory battles. Players fight over who can own the most land. It’s an old concept in a new form, and it’s incredible. The .io Outfit .io titles are dominating the online gaming world. They span many genres, from the 2D free-for-alls of Agar.io to 3D beast battles in Brutes.io. Over the past couple of years, we have seen … END_OF_DOCUMENT_TOKEN_TO_BE_REPLACED