You are here: Home / Archives for celibrity 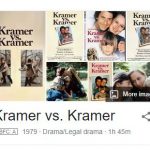 Meryl Streep is an international treasure, her versatility and her grace have charmed us for almost three decades. She has done about 74 films in her career and we bring to you the top 10 Meryl Streep movies. 1.Mamma Mia (2008) This is a musical romantic comedy about a young girl Sofie (Amanda Seyfried) and her family prepping for her wedding, while she secretly invites three men who were her mother’s (Meryl Streep) lovers, hoping that one of them is her father. Meryl is as phenomenal as the soundtrack of this … END_OF_DOCUMENT_TOKEN_TO_BE_REPLACED