You are here: Home / Archives for contributed article 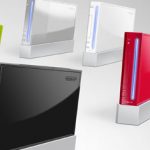 In Akira Kurosawa’s 1958 film "The Hidden Fortress," a noble samurai withstands a tirade of complaints from a young princess who has been ousted from her kingdom. With a nod to his place in the social order, the warrior waits patiently and then asks, "Is the princess feeling contrary today?" Kurosawa’s film influenced George Lucas, who used it as a blueprint for Star Wars and translated the samurai character into the iconic Han Solo. Lucas’s unexpected "space-western" blockbuster contradicted the Hollywood formula … END_OF_DOCUMENT_TOKEN_TO_BE_REPLACED 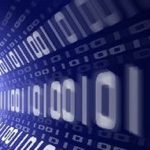 Note: Derek Lee Bronston is the senior instructor of the new iPhone 360 Development course at SAE Institute and Tech Partner at the Design+Tech company theConspiracy. Making stuff is fun. We did it as kids, we do it as adults -- only now we tie our incomes to it. In the end, that fun you experienced building giant LEGO edifices still applies. We just need to monitor the details a little more closely. Ultimately what I find interesting about application development is the balance between Art and Science, and of course … END_OF_DOCUMENT_TOKEN_TO_BE_REPLACED