You are here: Home / Archives for Could CBD Lead to a Decrease in Alcohol Consumption? 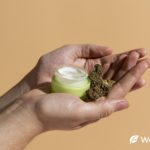 According to data from the National Institute on Alcohol Abuse and Alcoholism, over 85% of Americans aged 18+ have drunk alcohol at some point in their lives. Disturbingly, over 14 million people aged 12+ in the United States have an alcohol use disorder (AUD). Moreover, approximately 95,000 people die from alcohol-related causes each year, making the substance the third biggest cause of preventable death in the U.S. Given the harm caused by alcohol consumption, it is strange to see it as an ‘acceptable’ recreational … END_OF_DOCUMENT_TOKEN_TO_BE_REPLACED