You are here: Home / Archives for Effect of violent video games 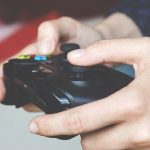 The question has been hotly debated for the past two decades - do video games make people more violent and therefore more likely to have a criminal record? Some experts say there’s clearly a link between the two, while others point out there’s simply not enough proof to back such claims. Let’s have a look at what both sides have to say. Why do American experts point the finger at violent video games? In 2015, the American Psychological Association (APA) issued a damning report claiming that children and … END_OF_DOCUMENT_TOKEN_TO_BE_REPLACED