You are here: Home / Archives for Escape From Tarkov reserve map in september 2020 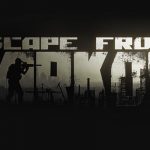 The Battle Royale genre has seen a very high rise in the gaming world ever since the launch of PlayerUnknown Battlegrounds in 2017. Other Battle Royales have been developed after looking at the massive success of PUBG. Each had its own unique set of features like Fortnite, Apex Legends and now Escape from Tarkov. Escape from Tarkov is different from the other Battle Royales due to its slow-paced gameplay and requires the players to think and move tactically. For the beginners of this game, it might get rough to find … END_OF_DOCUMENT_TOKEN_TO_BE_REPLACED