You are here: Home / Archives for Kalypso Media 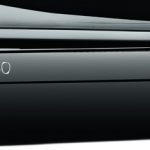 Attention, PS3 owners: it's time to summon the finest warriors of the realm and prepare to do your duty against the dark threat of the vampires. Kalypso Media today released Blood Knights, a new hack-and-slash action RPG, on the PlayStation Network for PS3. An Xbox 360 version is also available via Xbox Live. In Blood Knights, players can choose to either bravely fight the enemy alone or enlist the help of a friend to battle beside you in co-op multiplayer. Blood Knights is available to download on both consoles, as … END_OF_DOCUMENT_TOKEN_TO_BE_REPLACED

Hoist your sails and break out the rum! And no, not just because it's Labor Day. Kalypso Media today released Port Royale 3 Gold for PS3, making the trading/economic simulator available via PlayStation Store. The comprehensive Port Royale Gold edition is the most complete package of the game so far, with a metric ton of expansion content. Port Royale 3 Gold contains the full version of the strategy game Port Royale 3, plus the official expansion pack "Treasure Island." The expansion features an all new pirate … END_OF_DOCUMENT_TOKEN_TO_BE_REPLACED 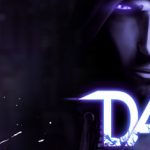 Just a few days before E3 kicks off, we have the E3 trailer for DARK, a new vampire stealth-action game for Xbox 360 from Kalypso Media. DARK is being developed by Realmforge Studios, which has blended classic stealth gameplay with vampiric powers to create the game. DARK will release for Xbox 360 on July 9. DARK is a stealth action game with RPG elements that lets you slip into the role of the ultimate killer -- a vampire. Stalk your enemies from the shadows then use powerful vampire abilities to attack and … END_OF_DOCUMENT_TOKEN_TO_BE_REPLACED

After giving PC owners a head start on their tropical dictatorships, Xbox 360 owners will soon get their hands on Tropico 4, which Kalypso has announced will ship for Xbox 360 on October 18. Tropico 4 sees players return to the Caribbean paradise of Tropico, challenging them to turn the backwater island into a global superpower, be it through financial or forceful means. Tropico 4 for Xbox 360 will only cost $49.99 upon its release, so it's a pretty good deal if you want to snag it from Amazon. here's the link if you … END_OF_DOCUMENT_TOKEN_TO_BE_REPLACED

A new co-op action adventure game called The First Templar has shipped today for Xbox 360 and Windows PC. The First Templar, as you might gather from the name, is set in the dark and gritty late 13th Century during the Crusade, where old friends become enemies, corruption spreads throughout the Church and once-noble knights oppress the weak and renounce their oaths. Sounds like Kalypso Media's really captured the good old-fashioned spirit of office politics. In The First Templar, players will follow the path of … END_OF_DOCUMENT_TOKEN_TO_BE_REPLACED