You are here: Home / Archives for launch games 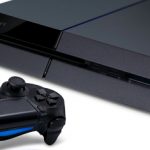 Nintendo is unleashing the largest launch-day video game lineup in its history for its new Wii U console, with a healthy dose of first- and third-party titles slated to appear on the first day of the console's availability. When Wii U launches on Nov. 18 in the Americas, 23 games will be ready to play as well. These include Nintendo-published games like Nintendo Land, New Super Mario Bros. U, SiNG PARTY and Ninja Gaiden 3: Razor’s Edge, as well as third-party powerhouses like ZombiU from Ubisoft, Call of Duty: Black Ops … END_OF_DOCUMENT_TOKEN_TO_BE_REPLACED

Sony's next-gen handheld, the PlayStation Vita, is nearly upon us, and although it's "just" a handheld, it has a game lineup deep enough to make you think we're about to encounter the launch of a full-fledged console. The system's elegant, no question there, but the games are really what matter to gamers. So, in light of the system's impending Feb. 22 launch in North America, we thought it would be helpful to provide a quick reminder of the PS Vita launch games slated to hit shelves on or about the system's launch … END_OF_DOCUMENT_TOKEN_TO_BE_REPLACED