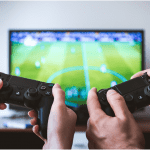 Don’t get me wrong - I like free games as much as the next guy. We all have “better’ things to spend money on other than games. However, for the games that initially cost money, making them free has the potential to completely ruin them. Let’s discuss why. Creating a game costs money, time and energy; no one’s going to argue against that. However, what most people don’t realize is that maintaining a game also costs money, time and energy. More importantly, it requires skills. Highly demanded skills of people who … END_OF_DOCUMENT_TOKEN_TO_BE_REPLACED