You are here: Home / Archives for primal beast 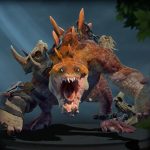 Just 4 months after the release of its previous Dota 2 hero, Valve has decided to add a new hero to the game, named Primal Beast. This guide provides an introduction to his strengths and weaknesses and gives you an idea of what you can expect from teams that pick the apex predator. In the short term, you won’t need to worry about every detail if you bet on professional Dota 2 tournaments because like all new heroes, Primal Beast will not be available in Dota Pro Circuit matches for at least a few months. But by the time … END_OF_DOCUMENT_TOKEN_TO_BE_REPLACED