You are here: Home / Archives for The Evil Within 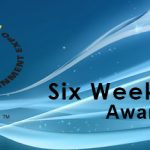 E3 2013 provided some phenomenal sights, sounds and experiences thanks to the upcoming launch of the PS4 and Xbox One. Yet identifying the best games of E3 can’t really be done on the last day of the show or the following week. With all the big screens and bigger marketing campaigns, it’s too tempting to blindly follow the pretty blinking thing. That’s why, for the second year in a row, we’ve purposefully held our Best of E3 awards for six weeks – long enough to be immune to the multimedia blitz, and far enough away … END_OF_DOCUMENT_TOKEN_TO_BE_REPLACED

No matter what outsiders may say, E3 should be taken seriously. Booths cost millions of dollars, events cost hundreds of thousands, and the stability of half-finished video games could make or break the careers of hundreds of family-wage developers. Maybe it’s that very pressure that causes such funny things to be said. It’s important to blow off some steam when dealing with a high-stakes scenario, and nothing can lighten the pressure like a quick one-liner. E3 2013 certainly had its fair share of zingers, and not … END_OF_DOCUMENT_TOKEN_TO_BE_REPLACED 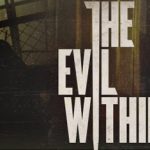 Bethesda Softworks today took the wraps off The Evil Within, a new survival-horror game from Shinji Mikami, but the biggest news may not be the studio's partnership with "the father of the survival horror genre," but the fact that The Evil Within is being developed for the PS4 and the next-generation Xbox, aka "Durango" or the "Xbox 720." According to Bethesda's announcement, the game is also in development for the Xbox 360 and PS3. Mikami is best known as the creator of the Resident Evil series, so hearing of a new … END_OF_DOCUMENT_TOKEN_TO_BE_REPLACED