You are here: Home / Archives for The shadow of war 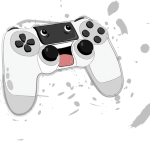 Video games have been one of the most entertainment sources for the teenagers. It is not just teen but it is also liked by kids. Many video games have been released since 1980s and the crazy of them is still not decreased; in fact its popularity has been increased day by day. But it is possible to play each and every game and find out which one is better and hence at that time the game reviews come into our rescues. It helps us finding out which game we should play. Though this reviews are generalized but people … END_OF_DOCUMENT_TOKEN_TO_BE_REPLACED