You are here: Home / Archives for Things you need to know about PS4 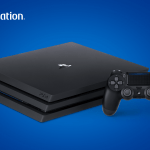 It’s time to leave the dust on your PS4 and your PS4 in the dust, now that Sony has finally begun lifting the lid under which their next-gen console awaits its release. The PlayStation 5 has been confirmed and will see the stores and its consumers in the holidays of 2020. Let’s take a look at what we know so far about this new next-gen PlayStation. Release Date We should see the release of Sony’s next-gen console in the Christmas of 2020, followed by many confirmed game releases like Insomniac’s Spider-Man 2 in … END_OF_DOCUMENT_TOKEN_TO_BE_REPLACED