You are here: Home / Archives for Tips and tricks for beginners in WoW Dragon flight 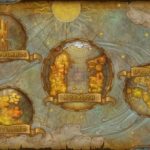 Almost two decades have passed since the release of World of Warcraft. And it still attracts new players. With every expansion pack, the game gets better and keeps competing with newly released MMO titles.  No matter if you are a newly minted gamer or an experienced MMO player — WoW is a cultural phenomenon everyone should try. You will get a sense of belonging to something extremely massive and significant. But some newcomers are struggling with difficulties. It is not easy to get familiar with a massive … END_OF_DOCUMENT_TOKEN_TO_BE_REPLACED