You are here: Home / Archives for Who is the best drunker in the NBA 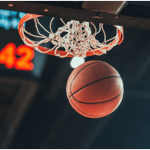 In all of sports, nothing is quite as mesmerizing for sports fanatics and casual viewers than the slam dunk. Every year the NBA Slam Dunk Contest gives us a glimpse into the other-worldly talents of the best dunkers in the sport.  Whether it's during the NBA All-Star weekend, or during regular or post-season games, everyone has an affinity for the slam dunk. Just try and watch an ESPN Top 10 during basketball season without one, won't happen. Above all, the NBA Slam Dunk contest showcases some of the best … END_OF_DOCUMENT_TOKEN_TO_BE_REPLACED