You are here: Home / Archives for why video games make players act like psychopath 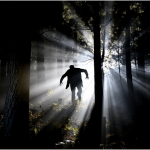 The connection between playing a video game deemed violent as well as antisocial behavior is without a doubt one of the hottest debate topics. Interestingly enough, the entire thing has already been subjected to extensive studies. Researchers in Germany took advantage of FMRI – a functional magnetic resonance imaging on players who play violent games for a long time. The findings were rather interesting. It turns out that the people subjected to the FMRI actually had absolutely the same neural response to images which … END_OF_DOCUMENT_TOKEN_TO_BE_REPLACED