Back in the day, when Activision decided against holding any more E3 press conferences, the news was bold and brash as well as surprising. Today, Nintendo's revelation that it's planning to skip an E3 press conference and not host anything other than a booth and some pre-show events, comes off not as bold and brash but just plain weird. During Nintendo's financial results briefing, president Satoru Iwata divulged that Nintendo will not host a press conference at E3. Instead, the company will focus on smaller events … END_OF_DOCUMENT_TOKEN_TO_BE_REPLACED

LEGO City Undercover is one of the hottest new titles for the Wii U, but Nintendo 3DS owners aren't left out in the cold any more, as a prequel to the console game has now shipped exclusively for the handheld device. Called LEGO City Undercover: The Chase Begins, the title features Chase McCain, the police officer protagonist from the Wii U game, and takes place two years before the events of the Wii U game and follows Chase McCain as a rookie cop trying to prove himself in LEGO City. Like any first day on the job, … END_OF_DOCUMENT_TOKEN_TO_BE_REPLACED 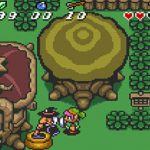 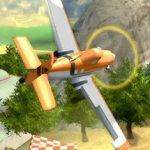 Disney Interactive is hard at work on a game tied to the upcoming feature film "Disney's Planes," with every Nintendo platform slated to get a version. Owners of an Xbox 360 or PlayStation device, however, won't apparently have the same opportunity to take to the skies with characters from the movie. Disney's Planes, a flying adventure video game inspired by the upcoming animated comedy adventure film, will be available exclusively for the Wii U, Wii, 3DS and DS. The game will ship on August 6, three days before the … END_OF_DOCUMENT_TOKEN_TO_BE_REPLACED

A popular Nintendo 3DS game is making the leap to iPad and iPhone devices in two weeks. Called Bird Mania, the game will appear on iOS devices on April 25. Bird Mania is an action-packed runner about a bird named Mojo and his endless scurry to sunny Africa. Mojo's aerial pursuit is hindered by obstacles including motionless trees and stinging bees, leaving it up to players to see how far they can safely steer him. Simple slide and tap controls allow players to easily maneuver Mojo around the screen when dodging … END_OF_DOCUMENT_TOKEN_TO_BE_REPLACED

EA may be known for the phrase "it's in the game," but the game publisher's CEO is no longer living that motto. EA CEO John Riccitiello today turned in in letter of resignation, with his last day at the helm of Electronic Arts being March 30. Larry Probst, taking the temporary position of Executive Chairman, will take over on an interim basis and lead the search for a new CEO. No specific reason was provided publicly for Riccitiello's resignation, although the company's fourth-quarter revenues and earnings per share … END_OF_DOCUMENT_TOKEN_TO_BE_REPLACED

Prepare those smokescreens and oil slicks, folks. Spy Hunter is making a return to the gaming world, this time via a reinvented version designed for the PlayStation Vita and Nintendo 3DS that's slated to release this fall. The new Spy Hunter races forward on its most thrilling and dangerous ride yet. The player once again takes on the role of the "Agent," the driver of the high-tech G-6155 Interceptor supercar, armed extensively with advanced weaponry, and ready to take on a global terrorist organization set on world … END_OF_DOCUMENT_TOKEN_TO_BE_REPLACED

Not content to sit by and wait for E3 to announce games -- and reiterating its apparent unabashed love for Nintendo this year -- Ubisoft announced today that it's developing a new Rabbids game exclusively for the Nintendo 3DS. Called Rabbids Rumble, the game will ship for the 3DS in November. The wacky Rabbids have been let loose throughout seven different worlds and players must battle it out in-game to capture over 100 delirious Rabbids and complete their collection. Rabbids Rumble is full of interactive mini-games … END_OF_DOCUMENT_TOKEN_TO_BE_REPLACED

The "what we're showing at E3" info keeps flowing into our inboxes today, with Tecmo Koei being the latest publisher to outline what they'll have on display at next week's trade show. The game acting as the booth's anchor will obviously be Dead or Alive 5, as you'll see below, but Tecmo will also be showing some partner games. The following titles and events will topline Tecmo Koei's strong presence at E3: DEAD OR ALIVE 5 (Hands on Demo) DEAD OR ALIVE 5 incorporates a variety of martial arts fighting techniques … END_OF_DOCUMENT_TOKEN_TO_BE_REPLACED