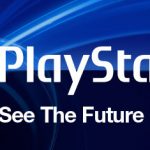 So much for the next generation of consoles not being about horsepower. For all the speculation about whether the next PlayStation or Xbox would focus strictly on social gaming, gesture-based controls and casual titles, skipping the beefy processing and graphical specs that have carried us for the past two outings, Sony promptly kicked the speculators in the teeth while unveiling the PlayStation 4. The PS4 is a behemoth of technical specs, a more-powerful system than gamers have ever seen. And while the PS4 certainly … END_OF_DOCUMENT_TOKEN_TO_BE_REPLACED