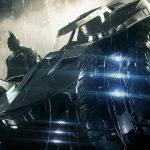 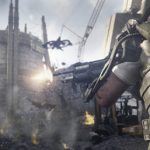 It appears there were at least a half-dozen people who missed the Call of Duty: Advanced Warfare trailer reveal, perhaps because they were so caught-up in the fact that an all-new COD game is coming this year. We all knew Activision would release a new Call of Duty game, but seeing the next chapter go in a different direction so soon is a bit surprising. Call of Duty: Advanced Warfare will ship on Nov. 4 for PS4, Xbox One and PC. Activision did not mention an Xbox 360 or PS3 version, leading some gamers to believe no … END_OF_DOCUMENT_TOKEN_TO_BE_REPLACED 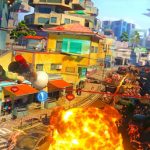 Insomniac Games and Microsoft have released the first Sunset Overdrive gameplay trailer, and the action is classic Insomniac. The studio, which is best known for creating PlayStation-exclusive games, always focuses on diverse gunplay. It's clear from this Sunset Overdrive gameplay trailer that alt-fire uniqueness is just the beginning. The Xbox One-exclusive game was first teased at Microsoft's E3 2013 press conference, but it's been seldom discussed since. Microsoft likely showed Sunset Overdrive as much for … END_OF_DOCUMENT_TOKEN_TO_BE_REPLACED 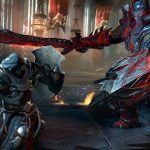 Bandai Namco has released a bunch of new info about its next-gen game Lords of the Fallen, including a new Lords of the Fallen gameplay trailer. You can watch the video below. Although Namco hasn't yet announced the Lords of the Fallen release date, with any luck it will release later this year for PS4 and Xbox One. A PC version will also be available. No versions are currently planned for Wii U, Xbox 360 or PS3. Lords of the Fallen places a heavy emphasis on combat skill and persistence, challenging players to … END_OF_DOCUMENT_TOKEN_TO_BE_REPLACED

One of the most intriguing mid-term games we saw at E3 2013 was Dying Light, a new zombie game from Warner Bros. Interactive and Techland. Techland, you may recall, is the studio behind the Call of Juarez franchise and other titles, so you know there's a good back story and plot. In a new Dying Light Humanity trailer, the studio delves a bit into that story, exploring what life was like before the zombie apocalypse. The zombies in any game or movie are undead humans, which means at some point they were doctors, … END_OF_DOCUMENT_TOKEN_TO_BE_REPLACED

Techland and Warner Bros. Interactive Entertainment released today a new video trailer that shows nine minutes of Dying Light gameplay footage. The video for the Xbox One and PS4 zombie game showcases the darker side of the game's day-and-night-cycle mechanic. It also gives a glimpse into different strategies that players will adopt depending on the time of day in order to survive. Slow, apathetic and easily visible, the infected/undead aren't much of a threat in daylight. A skilled courier, sure of their parkour … END_OF_DOCUMENT_TOKEN_TO_BE_REPLACED 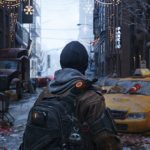 I didn't know what to expect when I stepped into Ubisoft's E3 2013 theater for a demo of Tom Clancy's The Division. Other than the fact that it was coming to the Xbox One and PlayStation 4, I had zero knowledge of the game. Very quickly, I learned that I wanted it. Now. While the wait for The Division is still a ways off, Ubisoft has just released a new game trailer that includes segments of in-game footage. Consider it your chance to see why the game blew us away. The Division takes place in New York three weeks … END_OF_DOCUMENT_TOKEN_TO_BE_REPLACED 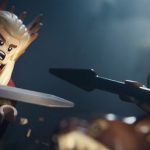 If you're riding a high after seeing The Hobbit: The Desolation of Smaug on opening weekend, this news is just for you. In 2014, Warner Bros. Interactive will release LEGO The Hobbit featuring all of your favorite characters from the first two films, including Bilbo, Gandalf and the Dwarves of Erebor. The game will take players on a journey through the darkest forests and deepest caves of Middle-earth. It will surely do so with a healthy dose of humor as well, if the LEGO The Hobbit trailer below is any … END_OF_DOCUMENT_TOKEN_TO_BE_REPLACED 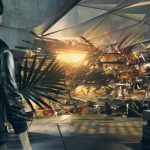 Some of the highest-profile games on Xbox One and PS4 have focused more on plot than their predecessors. Battlefield 4 and Call of Duty: Ghosts are two prime examples. But it seems that narrative threads will get an increasing focus on the next-gen consoles, and the Xbox One-exclusive Quantum Break is a great example. A new video vignette from Remedy Games and Microsoft hints at the game's focus on plot, but perhaps more important, it shows some Quantum Break gameplay footage. Actual Quantum Break gameplay video has … END_OF_DOCUMENT_TOKEN_TO_BE_REPLACED 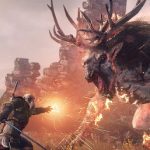 The Witcher 3 Wild Hunt is one of our most-anticipated games of 2014, and we're not alone. Anticipation for the third entry in CD Project RED's role-playing franchise is sky-high, and now that more than 4 million people have purchased an Xbox One and/or PS4, there's an audience of at least 4 million next-gen gamers who'll be craving something new next year. While we don't have info yet about The Witcher 3 release date, we do have some new The Witcher 3 gameplay footage to help whet your appetite. As you can tell from … END_OF_DOCUMENT_TOKEN_TO_BE_REPLACED

How to Have a Better Gaming Experience on a Mac?