Who remembers the 2009 puzzle video game Osmos where you enter the game as a single-celled organism called a ‘mote’ with the motive of absorbing other smaller motes? It’s a rather simple objective for a single player game, and definitely fun to play. If you were a fan of Osmos back in the day, then you’ve surely heard of and have probably already tried the multiplayer equivalent: the new Agario game, which you can play on any browser and through mobile too now. If you haven’t, I don’t know what you’re waiting for! 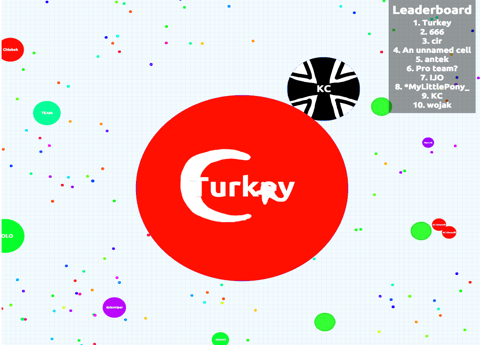 Even being a simple spectator can get compelling. Watching blurbs try to make it to the Leaderboard is amusing in its own way. Sometimes it even looks like a world domination sort of thing since many players opt to call themselves a country name, so it can very well turn into a politically fun addictive game. Actually playing the game will get you sucked in for hours. You’ll be wondering where your afternoon went as you eat and get eaten in this game time and time again. Thank you Reddit user Zeach for developing this awesomeness.