You are here: Home / gaming / Online Games with the Best User Interface 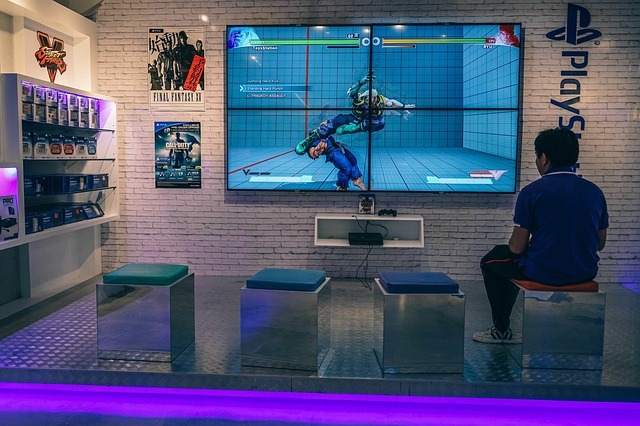 The presentation of the game s all that matters when you are either a game developer or a gamer. The smoothness of the game depends upon how sophisticated is the User Interface(UI). Involving the right amount of information and an easy yet interesting control system for gaming needs to be developed. This is mostly functional and vital for online games where multiple platforms are connected together. Poor UI designs can confuse amateurs and also can break the game and may disturb the console.

We will provide you with the chart of best online games with interactive and defining user interface, which run smooth and is quite entertaining.

Half Life 2 has on of the best User Interface design with ideas that were never implemented before. The uniqueness is the game’s HUD which contains a distinctive look and great visuals. Also, the gameplay and the instructions are not over informative which generally hampers the gamer. Another major part of the UI of the game is its economy. It offers intense gameplay but at the standard economy footprint. The platform supports high-end graphics, well-detailed environments and clean combat.

Online games need stable and well-developed console. Half-Life 2 offers one of the best consoles with well-defined UI with it

Assassin’s Creed breaks the stereotypes with no HUD in the gameplay. On online platform without HUD, the User Interface is developed uniquely with open world combat and environments that are a feast for your eyes. Developed with least amount of codes and highlighted important information during gameplay. The classics of the games like Eagle Eye vision, Stealth assassination and Blending in the crowd stays the same. The audio and video are enhanced through its general User Interface with disciplinary patterns. Now adding up the basics the resultant offers engaging gameplay even for amateurs. The UI is built keeping the simplest codes in mind as for amateurs to start off without any complications.

Unlike removing the complete functionality of HUD, the developers set a built-in HUD in Dead Space. The detailing and the alluring gameplay requires HUD for this game. This game is a mixture of shooter, survival and horror genres which is highly entertaining with a constant surge of mystery. The main function of the HUD in the games User Interface is revealed during the horror moments.

Gamers try to follow every detail while playing and the UI here suits the word. It raises the tension, action and gives an adrenaline rush during combats. A well-defined map with proper information is always there to guide you. Also, decision making is another quality of the game. The open world offers many surprise elements which reflect the disciplined User Interface development

This game is a masterpiece of designing in the simplest of ways. It follows basic fundamentals and keeps to instructions on the home screen. The category falls into hardcore and casual gaming. The game is set in a lobby with multiple entry points to reduce repetitive functioning.

A UI is built specially for this function to reduce deep layer functioning which might be frustrating. Discrete menus allow smooth gameplay along with satisfying multiplayer controls. The slick design and surfaced information makes the game stand out from the world of gaming.

The name is enough to define the best racing game series ever made. A HUD is developed within the game for high-end graphics and awestruck gameplay. Accuracy and managing multiple maps and races in online platform defines the disciplinary. The GPS developed map has set a benchmark for other games. The visual detailing of cars and environments is brilliant. The User Interface provides smooth controls without excessive information.

Proper UI design without any clustered information and proper controls is best suited for online gaming. These are the best games to satisfy the passion for multiplayer gaming