You are here: Home / Archives for 3D

The Lion King took a huge bite out of the box office upon its 3D release last month, so Disney today announced plans to bring back several other Disney and Disney*Pixar films back to the theater in full 3D. The additional films won't hit until 2012 and 2013, but the theatrical announcement can also be interpreted as harbingers of upcoming Blu-ray 3D releases. For instance, The Lion King's 3D theatrical release preceded the film's Blu-ray 3D release by only a few weeks. The following titles from Walt Disney and Pixar … END_OF_DOCUMENT_TOKEN_TO_BE_REPLACED

The original Toy Story, Toy Story 2 and Toy Story 3 are all slated to release on Blu-ray 3D, Disney announced today, with a release date for all three of November 1. This release marks the first time the Toy Story trilogy will have been available in the Blu-ray 3D format. If you're looking for all three films in a single Blu-ray 3D package, Disney will release a combination pack that includes the Blu-ray 3D version of each film for $100. If you use the following Amazon link, though, you can get a killer discount ($68 … END_OF_DOCUMENT_TOKEN_TO_BE_REPLACED 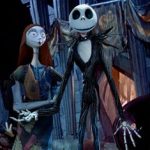 I’m just going to come right out and say it: The Nightmare Before Christmas was destined to be a Blu-ray 3D hit, and sure enough, 3D is the only way to watch this awesome Disney classic. Each fall, the Disney Parks outfit one of their signature rides (The Haunted Mansion) for a seasonal celebration of this film specifically, and you know it’s for good reason. The Nightmare Before Christmas has a huge following, and Disney knows its potential to immerse people in the Nightmare universe. To see Jack Skellington and crew … END_OF_DOCUMENT_TOKEN_TO_BE_REPLACED 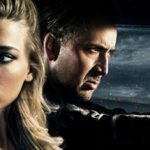 My daily commute has recently gone from 10-15 minutes to 40-50 minutes each way. Needless to say, I’m having to get friendly with talk radio. After particularly stressful days, I’ve found myself getting upset with the rush hour phenomenon. A few times I’ve even been on the verge of road rage -- and not The Simpsons videogame type. After one such recent commute, I noticed a Nicolas Cage Blu-ray 3D movie I’d been holding onto for just the right occasion. Well, that was the night; Drive Angry found its way almost … END_OF_DOCUMENT_TOKEN_TO_BE_REPLACED

Vizio first talked about its Passive Theater 3D technology during CES, indicating (as did several manufacturers) that the active-shutter technology currently driving 3DTV sales is destined to be outdated soon. Why? Because James Cameron doesn't like it. Actually, the majority of Vizio's argument lies in the continual presence of crosstalk issues, the bulk of the active-shutter 3D glasses themselves, and the price to buy more than one pair. It now sounds like Vizio's strategy is picking up steam with retailers, as the … END_OF_DOCUMENT_TOKEN_TO_BE_REPLACED 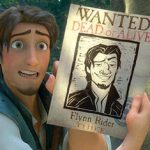 Tangled ruled the theatrical roost for quite a while last year, continuing Disney’s run of successful non-Pixar animated films. In light of its box-office dominance, Tangled was sure to be one of Disney’s showcase Blu-ray 3D releases this spring, second only to TRON: Legacy, a Blu-ray 3D review for which we’ll publish soon. Considering Tangled’s high profile, I expected great things, and the film certainly delivered. What I didn’t expect was just how awesome the Tangled 3D experience would be. The plot of Tangled … END_OF_DOCUMENT_TOKEN_TO_BE_REPLACED 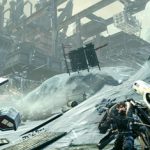 Say what you will about the history of the Killzone franchise, you’ve got to hand it to Guerilla Games for delivering when they need to. The original Killzone showed great potential on PS2 but suffered from some serious misfires. Knowing the sequel could correct those, Sony made the brash move to unveil Killzone 2 in what was perceived by most to be a tech demo but touted by SCEA as a testament to the power of the PlayStation 3 -- before the console even launched. Well, Killzone 2 improved in every way on its … END_OF_DOCUMENT_TOKEN_TO_BE_REPLACED

Sony's hitting it hard with 3D games, with Killzone 3 supporting stereoscopic 3D (review coming Wednesday) and today's release of MLB 11 The Show for PS3 shipping with 3D support as well. MLB 11 The Show, the top-selling and highest-rated baseball video game of this console generation, is also available for the PSP and PS2, sans the 3D functionality. MLB 11 The Show brings fans closer to the Major Leagues than ever before with broadcast-quality gameplay and authentic franchise and season modes, plus a host of new … END_OF_DOCUMENT_TOKEN_TO_BE_REPLACED