You are here: Home / Archives for 3DS

Not content to sit by and wait for E3 to announce games -- and reiterating its apparent unabashed love for Nintendo this year -- Ubisoft announced today that it's developing a new Rabbids game exclusively for the Nintendo 3DS. Called Rabbids Rumble, the game will ship for the 3DS in November. The wacky Rabbids have been let loose throughout seven different worlds and players must battle it out in-game to capture over 100 delirious Rabbids and complete their collection. Rabbids Rumble is full of interactive mini-games … END_OF_DOCUMENT_TOKEN_TO_BE_REPLACED

Looking for a new Wild West shooter? Own a Nintendo 3DS? Well, you'll have to take a trip down memory lane, it seems, but it's a good one: Mad Dog McCree is coming to the Nintendo 3DS via the eShop on June 14. The European release will hit later this summer. Only one gunslinger can stop a Mad Dog gone wild... and that's you, partner. When the ruthless outlaw Mad Dog McCree goes on a rampage with a nasty pack of wanted fugitives, they leave death in their wake. Mad Dog McCree and his band of cutthroats have ridden … END_OF_DOCUMENT_TOKEN_TO_BE_REPLACED

While Sony's initial sales of the PS Vita have exceeded expectations and topped 1.2 million units worldwide, Nintendo today announced that its 3DS handheld has sold more than 4.5 million units in the United States alone. The 3DS sales milestone was announced just as the 3DS prepares to celebrate its first full year on the market; the glasses-free 3D system went on sale in North America on March 27, 2011. According to the NPD Group, which tracks retail sales, the Nintendo 3DS is outpacing sales of the original DS, … END_OF_DOCUMENT_TOKEN_TO_BE_REPLACED

Nintendo's had several "pseudo-official" public faces over the years, highlighted of course by Shigeru Miyamoto and Mario, but for the month of February, Nintendo's marketing team has pulled an arguably weird stunt by making a dog the company's public face. That's because February is Responsible Pet Owners Month, you see. As if that justifies the decision.... Today, Nintendo of America announced it's teaming up with Uggie, the Jack Russell terrier "co-star" of The Artist, who will act as Nintendo’'s "spokesdog," … END_OF_DOCUMENT_TOKEN_TO_BE_REPLACED

For those handheld gaming fans who need a new system and for some reason can't wait for Sony's PlayStation Vita, there's a "new" Nintendo 3DS on the way this week that's just waiting to take that money burning a hole in your pocket. On Feb. 10, Nintendo will release a Valentine's Day-themed "Pearl Pink" edition of the Nintendo 3DS handheld system. The pink version was previously available only as part of a limited-edition bundle. The pink Nintendo 3DS will be available as a stand-alone item at retailers nationwide … END_OF_DOCUMENT_TOKEN_TO_BE_REPLACED 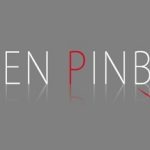 Zen Studios is slowing creeping onto each and every platform possible, and making a pinball splash each time. The latest is a Nintendo 3DS eShop release of Zen Pinball 3D, which came out Jan 12 in North America. Featuring four tables, all of which are available on the standard Zen Pinball release (and two on Pinball FX2) this move to 3D is a little superfluous but yet still is a very nice addition to the genre. Plus, being an eShop release means you don’t need to lug around another cartridge to get your pinball … END_OF_DOCUMENT_TOKEN_TO_BE_REPLACED

In spite of what were originally labeled "lackluster" sales of the Nintendo 3DS, the company that Miyamoto built today announced that the first-year sales of the 3DS are actually slated to exceed the first-year sales of the original Nintendo DS. The sales data comes in spite of the higher price point of the 3DS handheld and mixed reviews about the actual visual "convenience" or ease of playing games on a glasses-free 3D screen. In its eighth month on the market, the Nintendo 3DS system crossed 1.65 million units … END_OF_DOCUMENT_TOKEN_TO_BE_REPLACED

Today is the day 3DS early adopters have been waiting for, as Nintendo has launched its 3DS Ambassadors program, which enables people who purchased a Nintendo 3DS prior to its price drop to download 20 games for free from the Nintendo eShop. How-to download instructions are contained below. The 3DS Ambassador Program contains two elements, the first of which starts today, when Nintendo 3DS Ambassadors can download 10 NES Virtual Console games at no charge -- and before they're available in the Nintendo eShop to … END_OF_DOCUMENT_TOKEN_TO_BE_REPLACED

The squared circle will once again appear on a rectangular handheld, as WWE All Stars is currently in development for the Nintendo 3DS and is slated to ship just in time for the Black Friday shopping rush. WWE All Stars will take WWE action to the third dimension with arcade-style gameplay using 3D graphics and two modes exclusive to Nintendo's handheld. WWE All Stars will feature a roster of WWE Legends and current-day WWE Superstars, including 13 playable characters offered as Xbox 360 and PS3 DLC earlier this … END_OF_DOCUMENT_TOKEN_TO_BE_REPLACED

Summer Will be Esports-Tuned! What Events Will Please the Fans?