You are here: Home / Archives for Activision 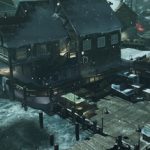 Activision expressed concern months ago that Call of Duty Ghosts would have to gain steam at retail, because the impending launch of the PS4 and Xbox One were going to slow things down. Looks like Activision was bluffing. Today, the company announced it has sold $1 billion worth of Call of Duty Ghosts games in 24 hours. Those sales results are jaw-droppingly good to begin with, but GameStop has confirmed that Call of Duty: Ghosts is also the retailer's most-preordered next-gen title. With a smaller upcoming install … END_OF_DOCUMENT_TOKEN_TO_BE_REPLACED 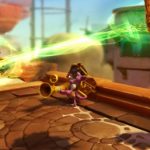 I purposefully held this Skylanders Swap Force review to see how my kids responded after playing it for a few weeks. I certainly have my own ideas as a mid-30s game reviewer, but Skylanders Swap Force is technically geared toward a younger crowd, so seeing their response was important to me. Did they lose interest after the novelty of swapping figures wore off? Did the missions stay fresh? Did the new Battle Pack and Adventure Pack keep them intrigued? So three weeks in and with the new content in tow, I asked my … END_OF_DOCUMENT_TOKEN_TO_BE_REPLACED

Activision used the NY Comic-Con to unveil The Amazing Spider-Man 2, which is planned to launch next spring alongside the Sony film of the same name. The Amazing Spider-Man 2 is one of the first "new" games to be announced that will appear day-and-date at retail for the Xbox One and PlayStation 4 in addition to the other current-gen consoles (Wii U, Xbox 360 and PS3. It will also have a Nintendo DS and Windows PC version. Developed by Beenox, the same studio that created the original The Amazing Spider-Man, this … END_OF_DOCUMENT_TOKEN_TO_BE_REPLACED

There's a ton of energy surrounding the upcoming release of Skylanders: Swap Force, and what better way to capture energy than hosting a weekly YouTube feature? OK, that was somewhat rhetorical; we can think of many ways. But, for Skylanders fans who can't get enough of the billion-dollar franchise, Activision has taken the wraps off a weekly Skylanders webisode series called the Skylanders Boomcast. Hosted by Diary of a Wimpy Kid's Zachary Gordon, the webisodes deliver everything fans might want to know about the … END_OF_DOCUMENT_TOKEN_TO_BE_REPLACED

Like millions of other gamers, we're looking very forward to Call of Duty: Ghosts and its release on both the current-gen and next-gen systems. We've had the good fortune to play it on Xbox One for five hours, but one of the new game modes wasn't available at that time. Today, it's available for your viewing pleasure in a new Call of Duty Ghosts Squads trailer, which you can watch below. Squads introduces a whole new level of competition to Call of Duty: Ghosts. Combining the multiplayer experience with AI, Squads … END_OF_DOCUMENT_TOKEN_TO_BE_REPLACED

Just a quick heads-up for all you COD gamers out there: a Call of Duty Black Ops 2 Double XP weekend is upon us starting tonight, as Activision gets people all hot and bothered for the Sept. 26 release of the Call of Duty Black Ops II Apocalypse DLC on PS3 and PC. Black Ops II Apocalypse has been available exclusively for Xbox 360 for weeks now, but it's coming to the PS3 and PC on Thursday. So, if you want to brush up on your COD multiplayer in preparation for that, this weekend's your chance. The Black Ops 2 … END_OF_DOCUMENT_TOKEN_TO_BE_REPLACED 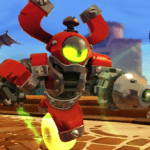 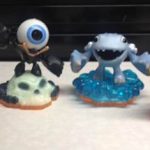 On the eve of Gamescom, I had the opportunity to get hands-on with an updated build of Skylanders: Swap Force to see (and dynamically swap) some new characters. The approachability of the overall game is in line with the franchise’s young-gamer roots, but the new ability to swap the top and bottom halves of real-life toys to create new on-screen characters adds a level of gameplay depth the franchise hasn’t yet seen. In some respects, Skylanders Swap Force is growing up alongside the young gamers who made it a hit. But … END_OF_DOCUMENT_TOKEN_TO_BE_REPLACED