You are here: Home / Archives for American football 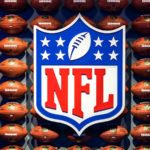 Image source: Unsplash American football is one of the world's most popular sports. Some of the top players in the world compete in the NFL, making it one of the most prestigious leagues worldwide. Each week, millions of fans watch the most recent games live or on television. In addition, the Super Bowl is the most-watched sporting event in the United States. Approximately 100 million viewers tune in annually to witness this game. To give you an idea of how large that number is, the population of the United States … END_OF_DOCUMENT_TOKEN_TO_BE_REPLACED