You are here: Home / Archives for Arkham knight 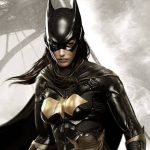 Warner Bros. Interactive Entertainment and DC Entertainment today announced the first story driven add-on for Batman™: Arkham Knight – Batgirl: A Matter of Family. Set prior to the events of Batman™: Arkham Asylum, Batgirl: A Matter of Family will allow players to take on the role of Batgirl for the first time in the Batman: Arkham franchise. This exciting story add-on features an all-new location with multiple missions, side quests and secrets; a new hacking feature to progress through the world and solve puzzles; and … END_OF_DOCUMENT_TOKEN_TO_BE_REPLACED