You are here: Home / Archives for Best movies 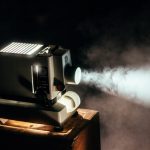 The name Stephen King is synonymous with the horror genre. He’s known for cult favorites like The Shining, Misery, Salem’s Lot, and It.  It’s a well-known fact that over 30 of King’s novels were #1 bestsellers. In addition, his work has been adapted into so many movies, and television shows that it’s often hard to choose a handful to watch when you’re in the mood to binge-watch something associated with him.  In the 1980s, King’s name was associated with the horror genre, but his writing and work have evolved … END_OF_DOCUMENT_TOKEN_TO_BE_REPLACED

7 Movies That Were Ahead of Their Time

Top 5 Countries with the Most Medals at the Olympics