You are here: Home / Archives for best oculus rift game 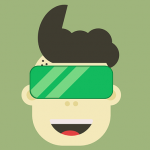 The oculus rift games which were launched in late March has released new lineup of games which are very exciting. Several games have been released after the launch. But, it is common that no one has time to play all the released game and so, here is the list of top 10 best oculus rift games which you must play. Rick and Morty: Virtual Rick-ality This is a virtual reality game which is developed by Owlchemy Labs and   published by Adult Swim Games. This Virtual Rick-ality game received a favorable review. It … END_OF_DOCUMENT_TOKEN_TO_BE_REPLACED