You are here: Home / Archives for Best Quentin Tarantino Movies 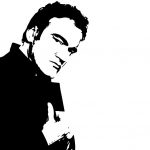 Quentin Jerome Tarantino was born in Knoxville, Tennessee on March 27, 1963.  The American director is known for his violent films and recognized as a Hollywood legend. All of his films have the objective to confuse and question his audience’s own morality and self-sense. Although his first movie appeared in 1992 at Sundance Film Festival – Reservoir Dogs, his first legendary movie who made him famous was 'Pulp Fiction' and later 'Inglorious Bastards' and 'Django Unchained. Tarantino believes that … END_OF_DOCUMENT_TOKEN_TO_BE_REPLACED