You are here: Home / Archives for can virtual reality transform future of gaming 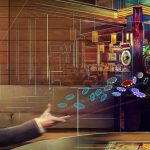 When the Oculus Rift was first demoed at E3 in 2012, the hype was understandably huge – and the response predominantly positive. Four years later, the ground-breaking virtual reality headset was made available to the general public, albeit with a hefty price tag. Barely a week later and HTC Vive debuted a VR competitor, whilst Sony joined the hype with PlayStation VR shortly thereafter. It was clear that virtual reality gaming was perceived as the future of the gaming, with industry leaders desperate to stay ahead. But … END_OF_DOCUMENT_TOKEN_TO_BE_REPLACED