You are here: Home / Archives for Capcom 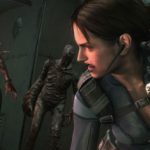 The original Dead Space took the survival-horror genre back a step -- in a good way -- by returning the focus to horror. Since then that series, like the genre as a whole, has returned to more action-oriented sequences. That’s one of the reasons we were so excited by The Evil Within at E3: it’s refreshingly scary as Hell. Thankfully, Capcom has made sure we don’t have to wait for a nice dose of fright, as Resident Evil Revelations is available here and now. Resident Evil Revelations isn’t technically new; the game … END_OF_DOCUMENT_TOKEN_TO_BE_REPLACED 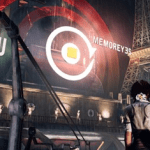 Protagonists with wiped memories are apparently in vogue again, with the big screen getting Oblivion and a Total Recall reboot, and video gamers getting an original IP from Capcom called Remember Me. It was bold of Capcom to release a new franchise on the eve of a new console generation, but it was even more bold for Capcom to test as many interesting concepts as it does in Remember Me. Sometimes, though, a concept should remain just that -- an idea -- because the actual implementation of several ideas here falls flat, … END_OF_DOCUMENT_TOKEN_TO_BE_REPLACED

A new version of Street Fighter IV is coming in 2014 to an Xbox and PlayStation near you, but it won't be on the new PS4 or Xbox One you've likely pre-ordered (or should) for this holiday season. Capcom announced during a panel at the fighting-game tournament Evolution 2013 that a new Street Fighter IV will be shipping for Xbox 360 and PS3 next year. They did not indicate that a PS4 or Xbox One version is in the works. Instead, what Capcom has planned for Street Fighter IV is another massive update to an existing … END_OF_DOCUMENT_TOKEN_TO_BE_REPLACED 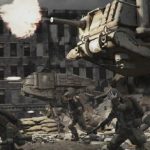 For those of us old enough to remember the first “next gen” console called the original Xbox, the name “Steel Battalion” is the stuff of lore. Nowadays you’ll see Street Fighter games release on occasion with special peripheral controllers, or you’ll see interesting props that extend the gameplay like Sony’s Wonderbook for the PlayStation Move. But Steel Battalion took the concept of a peripheral and jacked it to 11. Since when did a game predicated upon driving a tank-like structure actually ship with (and require) a … END_OF_DOCUMENT_TOKEN_TO_BE_REPLACED 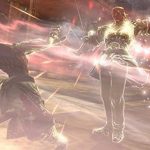 Graphic novels and videogames seem to go hand in hand these days, with fans of either medium generally being connoisseurs of the other. Many action/adventure games and RPGs have ventured into comic-style presentations, but few have really nailed anime. Until now. Asura’s Wrath presents an incredible anime style and an appropriately wonky hero’s plot, giving you the feeling of playing an anime episode like no other game before it. But maybe there’s a reason behind anime’s non-interactive history, because as spot-on as … END_OF_DOCUMENT_TOKEN_TO_BE_REPLACED 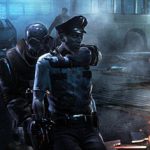 The Resident Evil franchise has been around for what seems like an eternity, both because its horror genre is a gameplay stalwart and because, well, it’s been around for 15 years. Like many franchises it’s evolved out of necessity, with an increased emphasis on action rather than relying strictly on “jump out of the dark to scare you” thrills. The latest entry, Resident Evil: Operation Raccoon City, takes the action emphasis farther than the series has previously gone, and it frankly suffers because of it. Worse yet, by … END_OF_DOCUMENT_TOKEN_TO_BE_REPLACED

The gaming world let out a collective gasp when the new Dante was revealed sometime last year, and it's nice to see that Capcom stuck to their guns and didn't change things around too much with their new vision. So feast your eyeballs on this new trailer for Devil May Cry. Keen observers may notice the white hair of Dante of past titles appearing during some special move activation...I wonder how that ties the titles together? https://www.youtube.com/watch?v=qhN5tS3Jt40 … END_OF_DOCUMENT_TOKEN_TO_BE_REPLACED

Seriously - this post is a whole lot of Tekken. And rather than me try to make some sense of it, here's the press release on a whole as it contains a whole lot of information on Tekken full length movies, Tag Tournament details, and a whole lot more. And last but not least, Capcom has announced that Street Fighter Vs. Tekken is in development for the PS Vita, and Cole McGrath from the inFAMOUS series is a Playstation brand exclusive character.   NAMCO BANDAI Games America Inc., today announced that TEKKEN® … END_OF_DOCUMENT_TOKEN_TO_BE_REPLACED