You are here: Home / Archives for Chance to win iPad mini 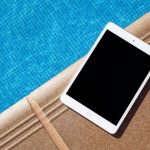 Apple products are often favored by a section of people in the society, and the Apple iPad Mini is one. This 256GB device is a beast in a compact device. After the launch of the iPad Mini 4 that was released in 2015, people forgot about the iPad Mini series until the launch of the 2019 version of the device.  From the 7.9” Retina display with True Tone and Wide Color to the A12 Bionic Chip, the device features smoother productivity with enhanced performance. You now have a chance to win the Apple iPad Mini … END_OF_DOCUMENT_TOKEN_TO_BE_REPLACED