You are here: Home / Archives for CS GO 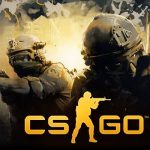 The emergence CS:GO, or Counter-Strike Global Offensive is one of the longest running and most successful online multiplayer shooting games both when it comes to Steam sales, and also when it comes to being the most popular E-Sports shooting game. Today we’re going to look at two things, where did CS:GO come from and how did it get so popular? The game was released back in 2012 and was a joint venture between both Hidden Path Entertainment and the famous Valve Corporation. It was the fourth instalment in the … END_OF_DOCUMENT_TOKEN_TO_BE_REPLACED