You are here: Home / Archives for Destiny latest version 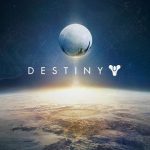 On the 12th of April, Bungie released one of the biggest patches Year 2 of Destiny has seen, post-Taken King. In it, they included some of the most major changes to the fundamental way Guardians played Destiny since Year 1. Light levels were boosted to 335 max light, and infusion was changed to a 1:1 system. Many other gameplay changes have been introduced, and new activities as well. So is “The Taken Spring” a patch that pours water on the content drought that has been plaguing the game recently? Or is it just not … END_OF_DOCUMENT_TOKEN_TO_BE_REPLACED