You are here: Home / Archives for Diep.io 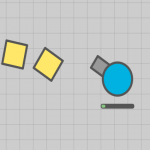 Agar.io, Slither.io, Vanar.io—I’ve played them all. These eat-or-be-eaten multiplayer games offer fast, casual fun with the potential for severe addiction. Some are better than others, and after extensive playing time with each one, I’ve found my favorite: Diep.io. Assuming you haven’t heard of Diep.io (maybe you missed the initial “.io game” craze), it’s essentially a multiplayer tank war. The graphics are barebones, the animations are smooth, and even with thousands of players in the same arena, there is no lag. … END_OF_DOCUMENT_TOKEN_TO_BE_REPLACED 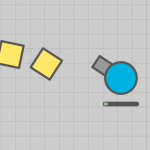 “This is the tale of… [your name here].” That simple sentence is your introduction into the multiplayer blitzkrieg of Diep.io. Tanks chase after you, massive bullets whizz by, and all you want to do is survive. In order to live, all others must die. Put on your war uniform, and let’s take a deeper look into in the extremely competitive Diep.io. If you think the name of the game sounds familiar, that’s because it is. Diep.io is a variation of the eat-or-be-eaten multiplayer craze started by Agar.io. Released in 2015, … END_OF_DOCUMENT_TOKEN_TO_BE_REPLACED 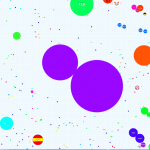 The .io games have recently become huge hits. The 3 most popular ones in the series are Agar.io (the game that started it all!), Slither.io (the Snake version), and Diep.io (the Tank Version). Of course, it’d be best to start off with the game that started it all, i.e. Agar.io. This is the original one, and as such it is the most “raw” of all of them. The game (just as the others) is played online against other players. For Agar.io, each player gets a little circle that they control and move around the map eating … END_OF_DOCUMENT_TOKEN_TO_BE_REPLACED