You are here: Home / Archives for digital games 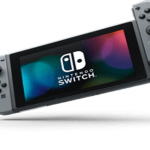 For those of you that aren't aware, Overpass has been an object of obsession for many racing fans. Ever since its surprise announcement early last year. From that time onward, speed demons alike, have been licking their lips in anticipation. And who can blame them? Besides, that tantalizing prospect of getting behind the wheel of a monster truck and veering her off-road for a tumultuous test spin sounds like a whole lot of fun. At least, in theory. In practice, though, it's probably even more … END_OF_DOCUMENT_TOKEN_TO_BE_REPLACED