You are here: Home / Archives for dopamine rush vs adrenaline rush 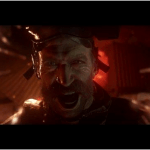 Fighters, shooters, MOBAs, adventure games - you name it. When it comes to video games it doesn't take long to find a little action. And, often times, these titles are some of the most popular out there. Look at Counter-Strike, Grand Theft Auto and even Pokemon to a certain extent with its system of battling animals. These fast-selling games are some of the most popular out there with the likes of Grand Theft Auto V selling more than $65 million worth of copies according to Forbes (an amount that puts it at the fourth … END_OF_DOCUMENT_TOKEN_TO_BE_REPLACED