You are here: Home / Archives for Ferarri 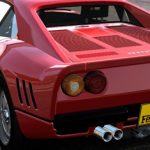 I've had a lot of fun playing the Test Drive series, from the franchise's days in the arcades to its appearances on the current-gen consoles. The twists and turns on its digitized streets have been met by similar changes in gameplay and tone, with the latest evolution coming in the form of vehicles from a single manufacturer: Ferrari. True to form, Test Drive: Ferrari Racing Legends lives up to its name by providing "test drives" of some of the world's most storied and exotic cars, including decades-old racers. It's … END_OF_DOCUMENT_TOKEN_TO_BE_REPLACED