You are here: Home / Archives for football betting 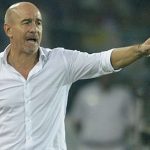 Ever since the Indian Super League started in India, the beautiful game of football has grown exponentially in the country. Whether it is the massive fan following brought about by the franchises or the training camps set up to train and nurture youth football players, the sport has taken a new turn in the country and became popular among the many other sports in India. In all the ways that this transition has been brought about, Spanish players and managers in the ISL have played a key role in all of this. Spanish … END_OF_DOCUMENT_TOKEN_TO_BE_REPLACED