You are here: Home / Archives for Game skin 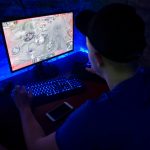 PAX Twisted Fate, but still precious skins. PAX Sivir was re-released in 2017, but PAX Jax was never made available again. Riot Squad Singed Skins Riot Games joined an event in 2010, Games.Com, where they gifted event participants with Riot Squad Singed skins. The Games.Com skins were not as rare as PAX Twisted Fate but still considered rare because they were discontinued after being made available in the LoL in-game shop for a short time. World Cup Skins and Olympics Skins The Vancouver Amumu (LoL mummy) … END_OF_DOCUMENT_TOKEN_TO_BE_REPLACED