You are here: Home / Archives for Ghost Recon 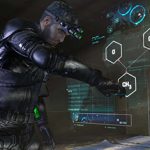 The Raven Strike DLC for Ghost Recon: Future Soldier, the second DLC for the latest Tom Clancy game, is now available for the Xbox 360 and PlayStation 3. A throwback to traditional Ghost Recon gameplay, Raven Strike features larger maps, complex missions and an increased level of difficulty. It contains three campaign missions and a new Guerilla Mode map, each playable with up to four players. All told, the Raven Strike DLC content includes: 3 new missions in Campaign Mode Secure Dawn: a foggy marsh in Kazakhstan … END_OF_DOCUMENT_TOKEN_TO_BE_REPLACED