You are here: Home / Archives for Green Lantern 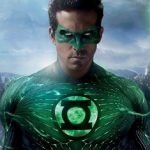 I’d heard the jokes about Green Lantern, that watching the movie was merely an excuse to laugh at Ryan Reynolds after his breakup with Scarlett Johansson. I had no attachment to the comics either, meaning my interest would only be piqued by a great theatrical preview and good word of mouth. Well, Green Lantern came and went, so apparently my line of thinking wasn’t alone. Now Green Lantern has appeared on Blu-ray 3D, giving those who missed it theatrically a chance to see Green Lantern in its 3D glory on the small … END_OF_DOCUMENT_TOKEN_TO_BE_REPLACED