You are here: Home / Archives for Hitchcock best movies 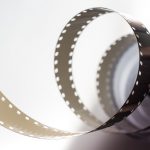 Alfred Hitchcock was one of the greatest and most influential directors of all time. He became renowned for the complex psychological thrillers that became classics over the years. As a film-maker, his techniques and expertise in the thriller will continue to inspire generations to come. Here we have compiled a list of some of the best creations from his illustrated film career. The Birds This 1963 film, based on the novel by Daphne du Maurier, traces the story of the lives of people plagued by a deadly … END_OF_DOCUMENT_TOKEN_TO_BE_REPLACED