You are here: Home / Archives for Infamous: Second Son 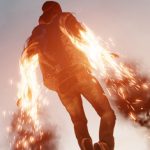 Sony's PlayStation 4 is just over eight weeks from launch, so anticipation for PS4 games is quickly heating up. Today, Sony announced some Infamous Second Son pre-order bonuses for gamers interested in placing their order for the game before its 2014 release. Infamous: Second Son won't ship until early 2014, several months after the actual PS4 release date. Unless you're in Japan, that is. Still, knowing that the team at Sucker Punch Productions is elbows-deep into their PS4 devkits is enough to make one entertain … END_OF_DOCUMENT_TOKEN_TO_BE_REPLACED