You are here: Home / Archives for iPhone 11 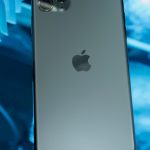 iPhone 11 has been the talk of the town since it released. Everyone seems to want one so we thought what better device to have in our giveaway than the popular new release itself. iPhone has been the measure of standard most users compare their phones to, but not everyone can afford it. Everything about owning an iPhone is considered to be cool, from its looks to its features. No other phone compares to an iPhone. Everything about it makes it stand apart, from the way it is made, the security and privacy that comes … END_OF_DOCUMENT_TOKEN_TO_BE_REPLACED