Black Friday turned in some massive results at retail in the days following Thanksgiving, but today -- Cyber Monday -- kicks off a flurry of online sales to help shoppers check items off their holiday gift-buying lists. Chief among the Cyber Monday and Cyber Week culprits is Amazon.com, which is running a bunch of sales all week long. The specials kick-off today with some great deals on videogames, including a killer discount on the Xbox Kinect. The Xbox Kinect Amazon Cyber Monday Sale reflects a 30% discount on the … END_OF_DOCUMENT_TOKEN_TO_BE_REPLACED

Two new Lady Gaga songs are available as DLC today for Dance Central 2, giving Xbox 360 owners some new tracks to dance to during the long Thanksgiving weekend. Both songs come from Lady Gaga's second studio album, Born This Way: "Marry the Night" and "The Edge of Glory." They carry a price of 240 Microsoft Points each. The two new DLC tracks for Dance Central 2 are join two Lady Gaga songs that already exist on the Kinect game's disc: "Bad Romance" and "Born This Way." Meanwhile, "Just Dance" and "Poker Face" can be … END_OF_DOCUMENT_TOKEN_TO_BE_REPLACED

Twister has introduced many an uncomfortable moment in the board-game world, and not just because of its occasional body-morphing requirements. "I have to put my hand where?" isn't all that uncommon to hear in Twister, but will the game's appearance on the family-friendly Xbox Kinect change things up? We'll never tell -- but you can find out for yourself if you win this brand-new copy of Twister Mania for Xbox Kinect. Twister Mania lets players kick-start the party with friends and family in a hysterical, fast-paced … END_OF_DOCUMENT_TOKEN_TO_BE_REPLACED

The singing and dancing craze has taken over the Xbox Kinect and PlayStation Move, the latest entry in the genre being Grease Dance, which lets gamers participate in the classic movie’s choreography and songs, including iconic tunes like "You’re the One That I Want," "Greased Lightning" and "Summer Nights." Grease lets players sing or dance alone, in a duet or with three other players for a four-player musical performance. When you consider the game's cooperative Party Mode, which involves two teams of four players … END_OF_DOCUMENT_TOKEN_TO_BE_REPLACED

A new motion-controlled sports game has hit retail today, this time with a wintry theme. The game, called Winter Stars, is available today for the Xbox 360 Kinect, PlayStation Move and Nintendo Wii. The Wii version requires the Wii Balance Board. Winter Stars includes 11 different winter sports, which is almost twice the number of games included in most sports games for the motion-based systems. It also includes online multiplayer for up to four players, offline multiplayer for same-screen play, and a story mode that … END_OF_DOCUMENT_TOKEN_TO_BE_REPLACED 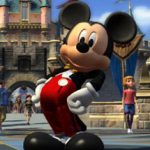 Having vacationed at the Disney Parks 24 times -- quite a feat for a native Oregonian -- I'm one of the most biased yet oddly qualified people to review Kinect Disneyland Adventures. On the one hand, I’m clearly a Disneyland and Disney World fan, so I’m predisposed to liking the new Xbox 360 game. On the other hand, because I’ve been to the parks so often and have a virtually photographic memory of their layouts, I’m going to be the game’s harshest critic if it misses anything. With all that said, let me quell your … END_OF_DOCUMENT_TOKEN_TO_BE_REPLACED 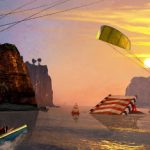 Sports, dancing and fitness games seem to be the de facto “must release” genres for motion-controlled systems, a trend for which we have Nintendo to thank. It makes sense, since those are the activities than involve the most intuitive motions, but time and again it seems like those are the only titles that release. Ubisoft tried to change things up a bit with Motion Sports: Adrenaline, an Xbox Kinect-exclusive game that focuses not on football, golf or baseball but on the edgier “extreme sports.” It’s an interesting … END_OF_DOCUMENT_TOKEN_TO_BE_REPLACED