You are here: Home / Archives for Largest jackpot payout in an online casino game 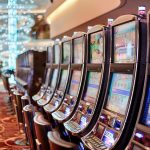 The largest ever jackpot for an online slot machine game was won by Jon Heywood, a very lucky soldier from Cheshire, England. He landed a whopping sum of 13,213,838.68 pounds (or around 20 million USD) playing Mega Moolah. The Guinness World Records officially recognized the win as an all-time record in October, 2015. The soldier was playing the slot game developed by Microgaming at the Betway online casino. He had just opened his casino account—a mere 25 minutes earlier—when he hit the jackpot. He was casually … END_OF_DOCUMENT_TOKEN_TO_BE_REPLACED